Flash is a 4-year-old, male neutered, Standard Poodle who first presented to Dr. Ho for an evaluation of flaky skin. 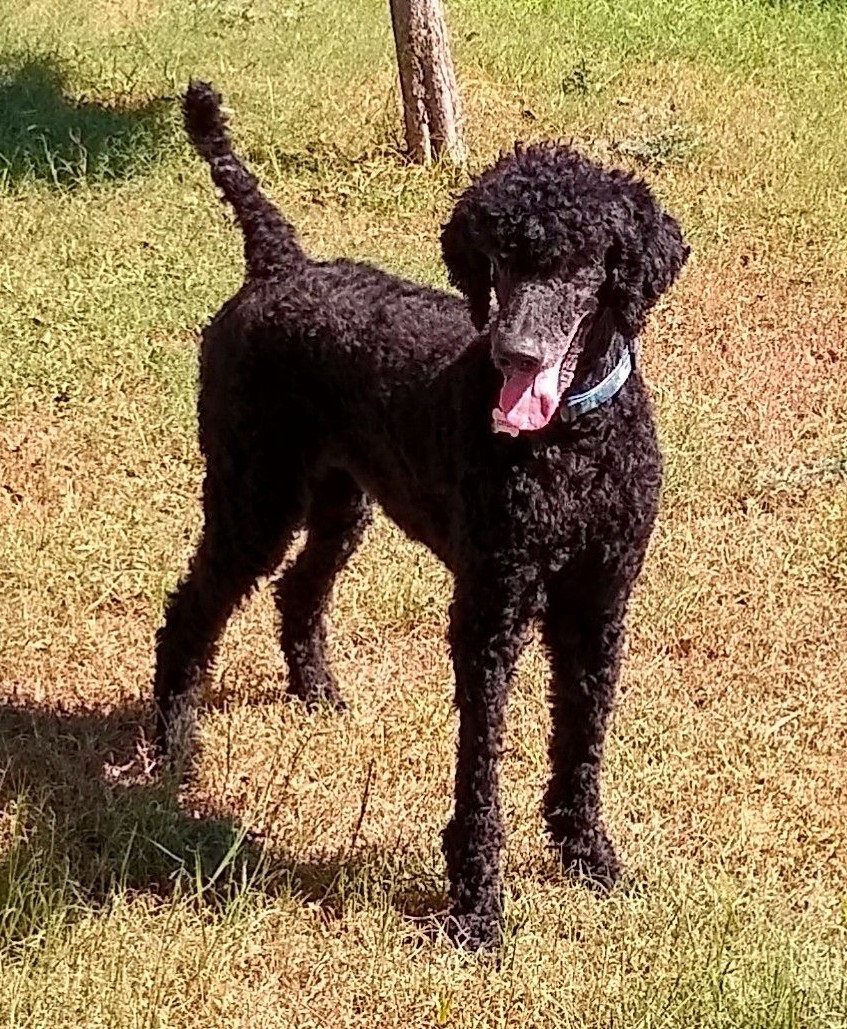 At Flash’s first appointment he had excessive hair loss and dander. The hairs that were present were easily epilated. Upon further examination, Flash’s epilated hairs had follicular casting (accumulation of keratin around the hair shaft). Additionally, his ear canals were quite dry. 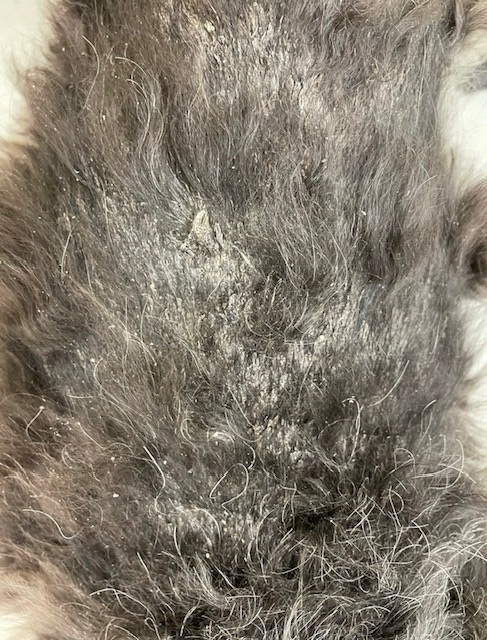 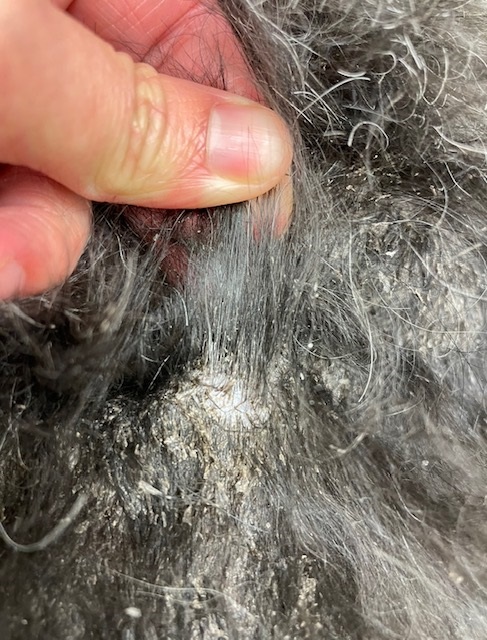 Based on history and physical examination, Dr. Ho suspected that Flash had a skin condition called sebaceous adenitis. Sebaceous adenitis is an uncommon idiopathic (unknown cause) skin condition that affects young adults to middle aged dogs. Poodles and poodle mixes are the most common breed to develop this condition; however, it has been reported in other breeds. Sebaceous adenitis is characterized by inflammation and eventual destruction of the sebaceous glands, which is part of the hair follicle that is responsible for producing oils that coats the skin and hairs. Flash’s diagnosis of sebaceous adenitis was confirmed with a skin biopsy. A skin cytology also revealed a secondary bacterial infection, which is common in this condition.

Unfortunately, sebaceous adenitis treatment varies and is life-long. Treatment may require a combination of topical and systemic therapies. Flash was started on an immune-modulating medication called Atopica (modified cyclosporine) and weekly mineral oil soaks to increase skin moisture. His bacterial infection was treated. At his one month recheck, Flash’s skin had improved about 50%; by four months, his skin improved about 90%. Flash remains on Atopica and weekly to biweekly mineral oil soaks to manage this condition. 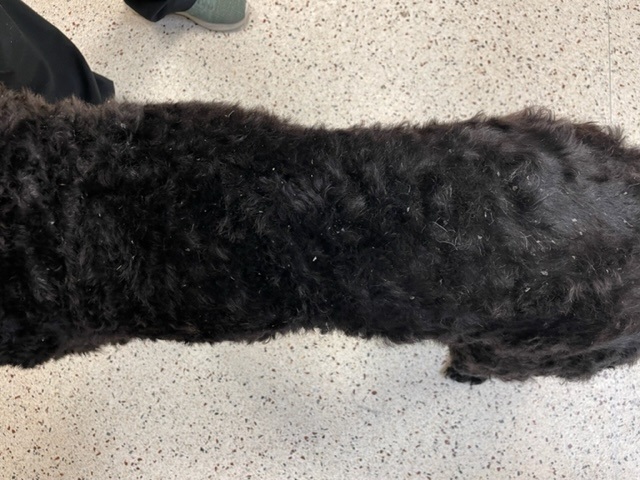 Flash’s progress is ongoing but positive. By 4 months, his skin improved about 90%.

Do you know someone whose pet may need our help? Please spread the word by sharing this with your family and friends. Thank you!