When Black Pets Turn White: About Vitiligo in Dogs and Cats 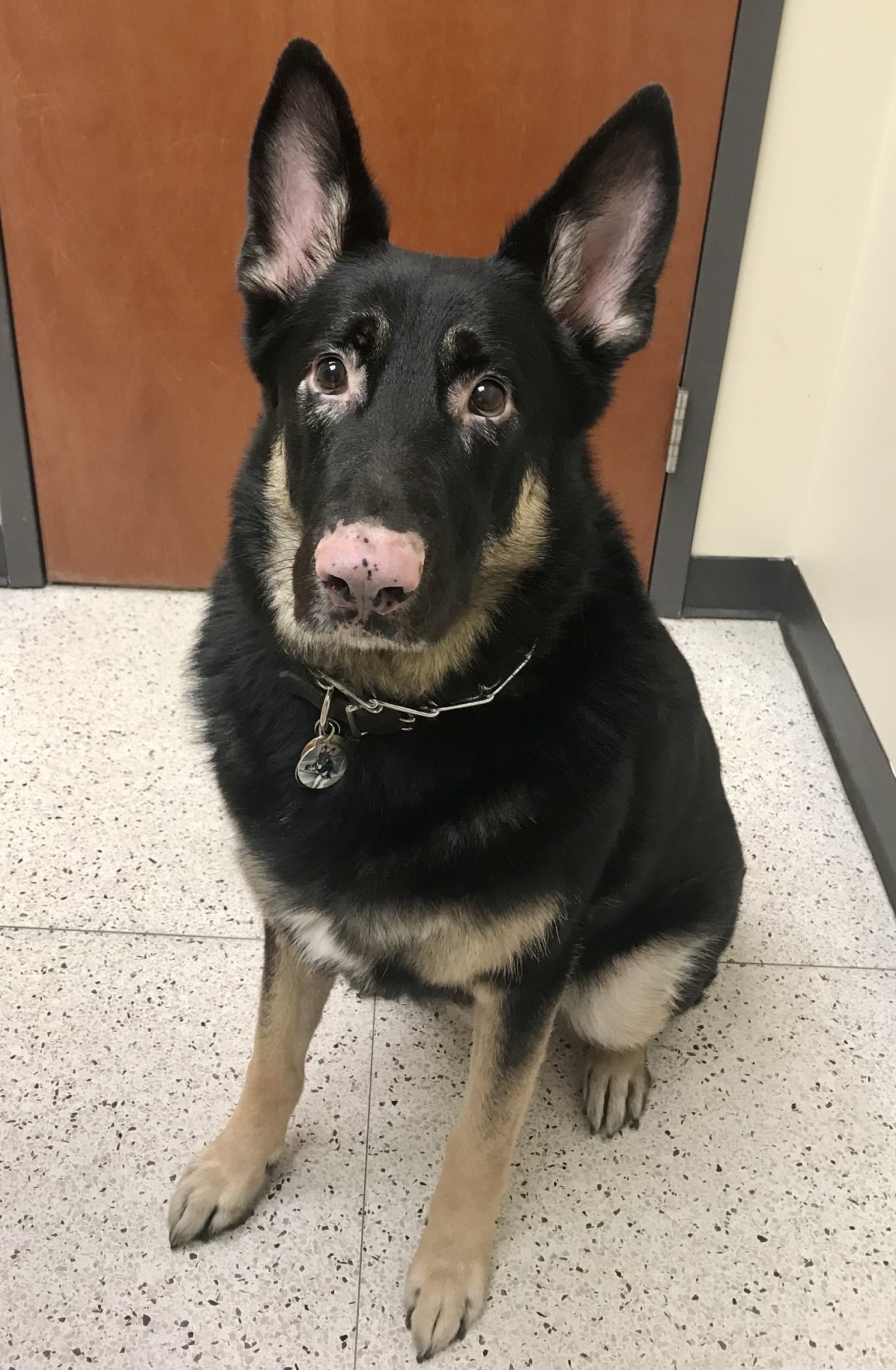 German Shepherd diagnosed with Vitiligo. Loss of pigment can be seen in the skin around his eyes and nose. You can see white hairs near his eyes.

The condition is uncommon in dogs affecting the breeds Belgian Tervurens, German Shepherds, Rottweilers, Old English Sheepdogs, Giant Schnauzer, Bullmastiff, Newfoundland, Dobermann Pinschers, and others. It is rare in cats affecting mostly the Siamese breed. This condition has been described in people. 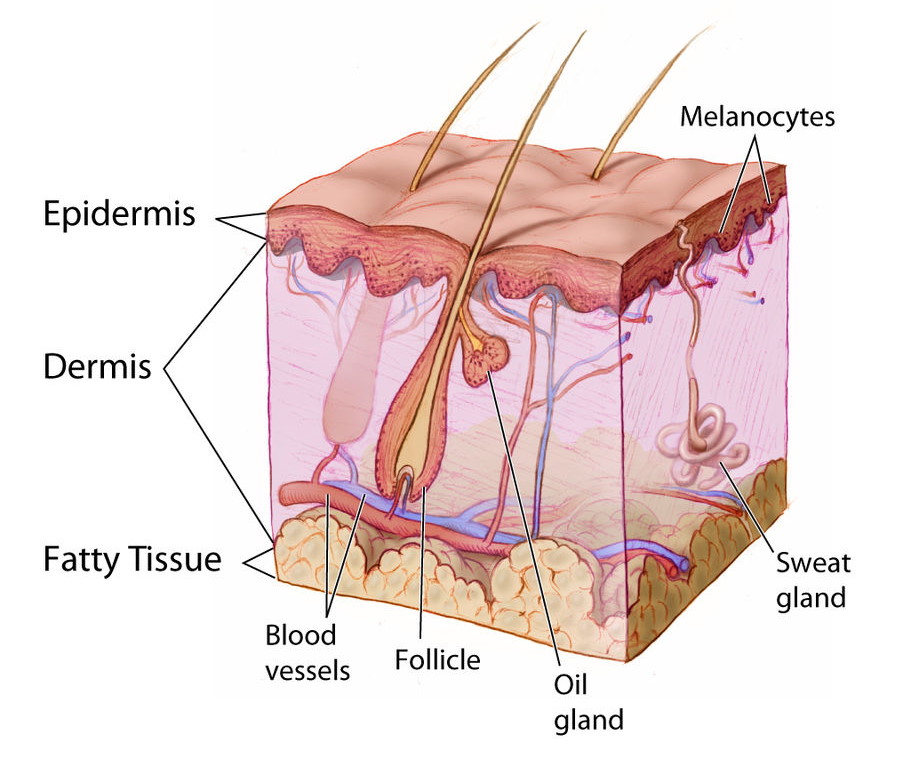 A cross-section of normal parts of the skin. Healthy melanocytes can be seen at the base of the epidermis. Normal pigment is noted on the surface of the diagram.

The exact cause is still being determined. There has been more research in people than in animals. Multiple mechanisms cause the depigmentation. Autoimmunity and genetics seem to play the largest role in this condition. Genetic variations appear to make melanocytes more susceptible to damage from the immune system and oxidative damage from free radicals. Anti-melanocyte antibodies have been identified in people, dogs, and cats with active vitiligo.

The condition usually starts in young adulthood. Symptoms start on the face affecting the nose, lips, and surrounding hairs. It can spread to other areas of the body including body hairs, claws, and paw pads. The full extent of the symptoms occurs within 3 to 6 months of the first sign. In some cases, pigment returns to affected areas. More commonly, depigmentation is permanent. There are no crusts or erosions associated with this condition. Also, the skin architecture remains unaffected. 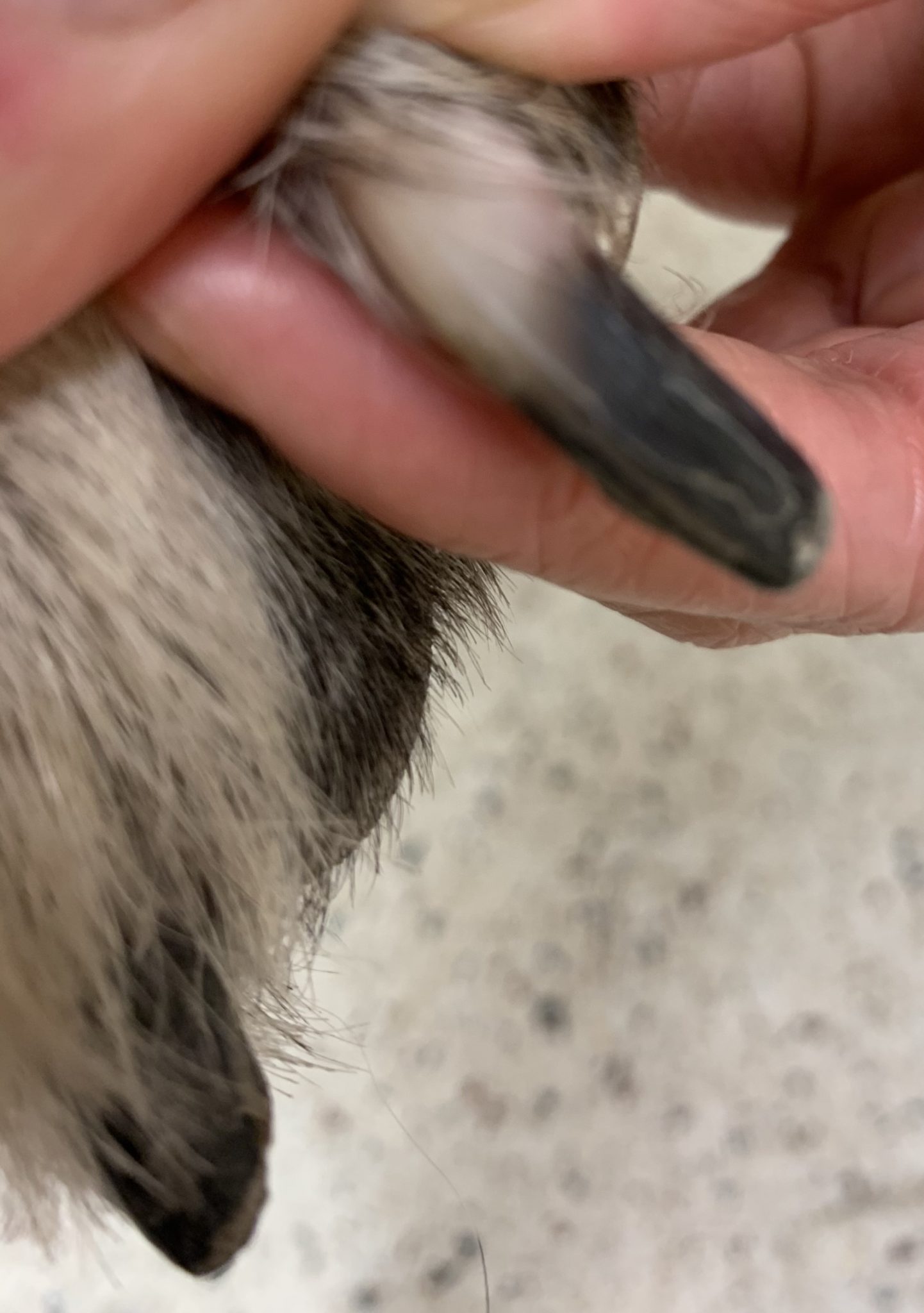 German Shepherd diagnosed with Vitiligo. Has loss of pigment from the claw bed to mid-claw and normal black pigment in the claw from the mid-claw to claw tip.

How is Vitiligo diagnosed?

A biopsy from the affected area confirms the diagnoses. The biopsy will demonstrate normal skin layers without melanocytes present. Clinical signs alone can be highly suggestive of this condition.

How is Vitiligo treated?

The prognosis is good! This is only a cosmetic disease and does not decrease the animal’s quality of life. No treatment has been consistently successful. Treatments used for autoimmune skin diseases have had mixed success. UV sun protection is recommended long term.

If your fur baby has symptoms or a diagnosis of skin issues please contact us on DermVets.com.