Reviews: My cat is back to being happy, healthy and loving!

My cat developed open, raw sores on his face, ears, and nose that wouldn’t heal, no matter what ointments I used. We went to our regular vet, who did a biopsy, and we began treating him based on the results that were returned. Nothing was working, so the vet performed surgery to remove the sores. Unfortunately, they came back.

We were referred to Dr Seals at the ADRC. She examined the cat and did another biopsy. This time the results indicated a different diagnosis, a rare parasite. We tried several different treatments, with little success. The sores kept spreading and popping up on other parts of the cat’s body.

But Dr Seals refused to give up. She spoke with other vets and researchers all over the country and found a medication that had been used successfully in humans and dogs, but never before in a cat. So, she developed an experimental treatment plan—and off we went! After several months, the sores healed, and have been gone for over a year now. My cat is back to the happy, healthy, loving companion he was meant to be. 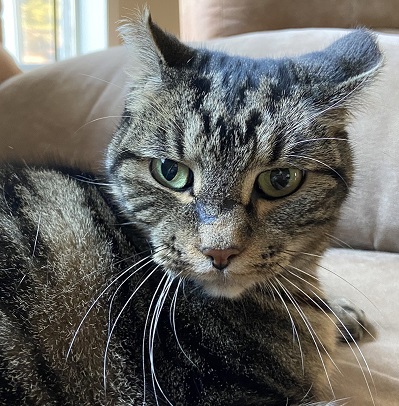 I can never thank Dr Seals enough for her care, persistence and passion for healing. She and her staff are absolutely unmatched in their skills and love for animals.