Guillmo is a 4-year-old MN domestic short haired cat with a history of redness/erythema and itching/pruritus of the ears, nose, and paws. When Guillmo presented to Dr. Seals at ADRC, it was reported that he primarily stays inside; however, he has access to a screened in porch each evening with the owner. The skin changes were first noticed in early Spring.

The physical examination revealed multiple red raised bumps and crusts on the bridge of the nose with hair loss. 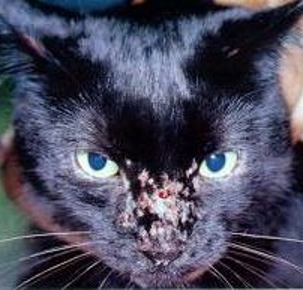 The ears/pinnae had multiple raised red/erythematous bumps and crusts with redness and hair loss. 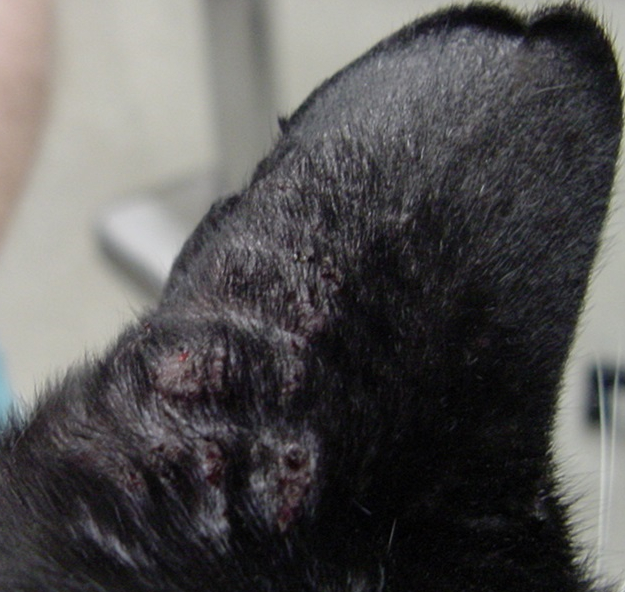 The larger paw pad had peeling lesions around its edges. 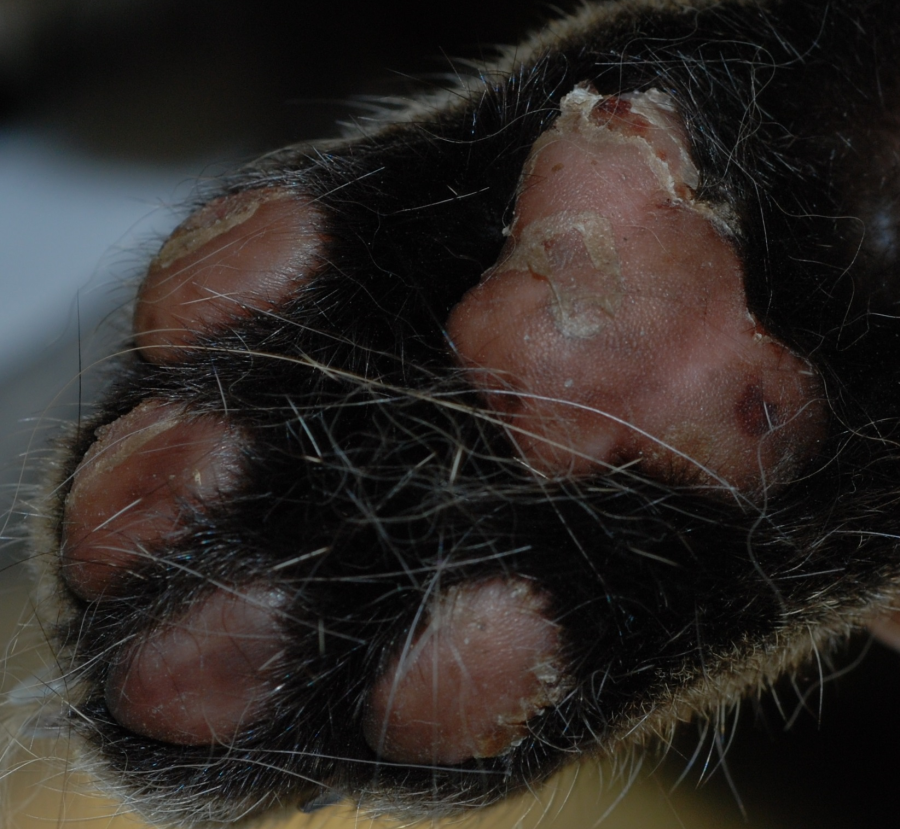 A surface cytology sample was collected from the bridge of the nose to see microscopically what was causing the skin changes. Multiple eosinophils were seen in the sample. These cells are often associated with an allergy in cats. These immune cells have a dark purple nucleus and cytoplasm containing small pink granules. 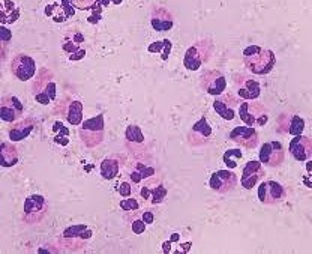 Guillmo was diagnosed with Insect Bite Hypersensitivity. This condition has a specific distribution of skin changes (ears, nose and toes), can cause extreme itch, and the microscopic cytology contains eosinophils. Hypersensitivity/allergy to mosquito bites and other insect bites tend to start in thinly haired areas and seem to be more common in dark-coated cats. The affected areas often have hair loss, red bumps, crusting, and oozing. The lesions are most often associated with mosquitoes, but other small flying insects can also cause these changes. Typically affected cats have access to the outdoors, especially during the early morning and/or evening hours when the insects are feeding. These insects are small enough to get through the holes used to screen outdoor porches and windows. 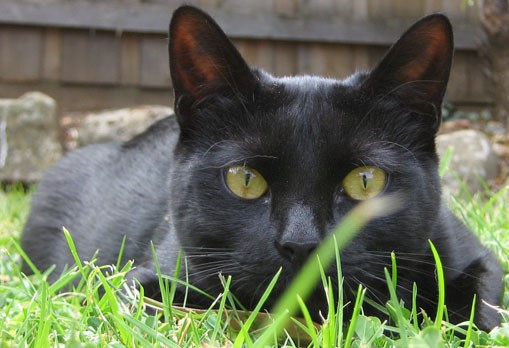 Dr. Seals treated the itch with a short course of steroids and antihistamines. Feline safe insect repellent was applied. Standing water was removed from the yard, porch, and surrounding areas. Also, the time Guillmo spent outside was not during morning and evening hours. After making these changes, Guillmo’s skin healed, the hair grew back, and overall, he felt much better!

If you have a cat at home that may be suffering from Insect Bite Hypersensitivity, please schedule an appointment.